Skip to content
It's not just for the EU

Some internet business owners may not even be aware of the GDPR EU regulations, and if they are aware of it they may believe that it won't affect them.  Wrong.

It's my position that if you have an internet  business then you are affected by the GDPR. Period. And you need to take reasonable steps to be sure that you are compliant. I know that I'm taking the steps, and technically that all has to be done by May 25th, 2018. 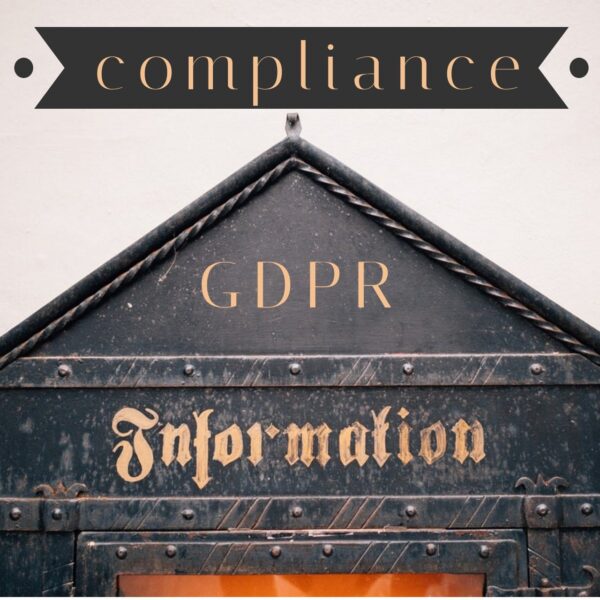 First off, I'm not a lawer, or attorney, or legal advisor, or whatever you want to call it.  So maybe you better not listen to me for legal advice. I'm just giving my opinion on a topic, just like so many other people are giving opinions.

GDPR is government regulation, and frankly to me it is a real pain.  I can see that it has good intention behind it, but carrying out the intention amid the realities of the real world make it fairly burdensome.  And the penalties of non-compliance can be rather severe.

Anyway, I'm not a huge fan of these onerous government regulations but it is reality so - as they say - get over it and get on with it.

At a macro level, GDPR seeks to give individuals more control and say-so over their information.  They do this by putting in regulations in several broad categories (which I paraphrase here):

As I said, the intent behind this government regulation is good, but complying with it will put a lot of burden on you, as your internet business. And yes, it's a good idea to comply as the penalties can be stiff - There are two tiers of fines, which will be applied depending on whether the controller (the company that is using the data) or the processor (the vendor that is processing the data) has committed a violation in the past. And of course, the nature of the violation itself. But don’t be lax: even the lower threshold or tier will prove to be an expensive proposition; it calls for a fine of either 2 percent of the company’s worldwide annual revenue or a fine of 10 million euros, whichever is higher. The higher threshold has a fine of 4 percent of worldwide annual revenue or a fine of 20 million euros — again, whichever is greater. It's not clear that the EU enforcers will be agressive in enforcing this law, or that they even have the resources to enforce it.  Most likely they will go for a few high-profiole example cases that they can prosecute for highest visibility as Behnam Dayanim comments in this assessment on GDPR penalties.

And although this is an EU regulation, as an internet business owner I maintain that it applies to you. I state this because it applies to any business that collects any individually identifiable information on an EU citizen.  There are two key points in that last sentence.

What You Need To Do

I'm not going to layout all the details of everything you need to do, nor am I going to address every type of business.  But I will give you some guidance of things you need to do if you are running an internet business.

Opt-in Forms Must Have Explicit Consent

When you have opt-in forms, you must get explicit consent from subscribers in two specific areas. Note that however you collect this consent, you can not default the consent to 'yes'.  For example, you can't pre-check the box that states agreement... the individual must actively check the box.  Likewise, if you gather consent with a yes / no dropdown, they must actively select the 'yes' dropdown item.

However, explicit consent doesn't have to be in the form of checkboxes.  It can be in the form of  wording in the optin form also.  For example, an optin form with an original wording of "Get your free investing ebook now" would not be compliant for subscribing someone to your newsletter email.  But changing the wording to "Subscribe to our email and get your free investing ebook now" would work.  By providing you their email address they are consenting to the newsletter and your wording is clear that they are subscribing.  Here's a GDPR blog post on Wishloop that covers just that thought. Where to go, What to do

Putting all the pieces together for GDPR can be a bit scary and daunting.  But don't fret over it.  It will take some time to review your business practices and the manner in which you collect and inform.  But it is all doable.

I'm in the process of putting together a process checklist and service where I will personally help you through it all.  If you are interested in that just let me know and I'll provide you a quote.